Step by step guide to deploy your Node.js app

How to deploy with just the command [nc deploy]

Whenever the CLI detects the ncmanifest.json file in the root directory of your application, it will automatically attempt to parse the name of your app and other parameters.

The NodeChef base image runs Ubuntu 14.04 and comes with the below listed set of packages pre-installed.

In some cases you might want to install additional ubuntu packages other than the ones listed above. To do so, Navigate to the Task manager on the dashboard and click on App actions → Startup bash script. Write the bash script intended to run on Ubuntu which will install the package and use the save script button to trigger this update. 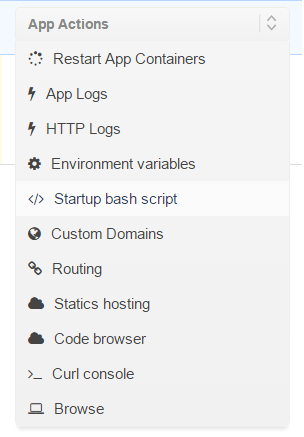