Parse.Query is one of the key concepts for Parse. It allows you to retrieve Parse.Objects by specifying some conditions, making it easy to build apps such as a dashboard, a todo list or even some strategy games. However, Parse.Query is based on a pull model, which is not suitable for apps that need real-time support.

Suppose you are building an app that allows multiple users to edit the same file at the same time. Parse.Query would not be an ideal tool since you can not know when to query from the server to get the updates.

To solve this problem, we introduce Parse LiveQuery. This tool allows you to subscribe to a Parse.Query you are interested in. Once subscribed, the server will notify clients whenever a Parse.Object that matches the Parse.Query is created or updated, in real-time.

Configuring LiveQuery for your parse server.

Navigate to the Task manager. Click on App actions → LiveQuery settings. Complete the live query form and use the save changes button to active live query for your Parse Server. 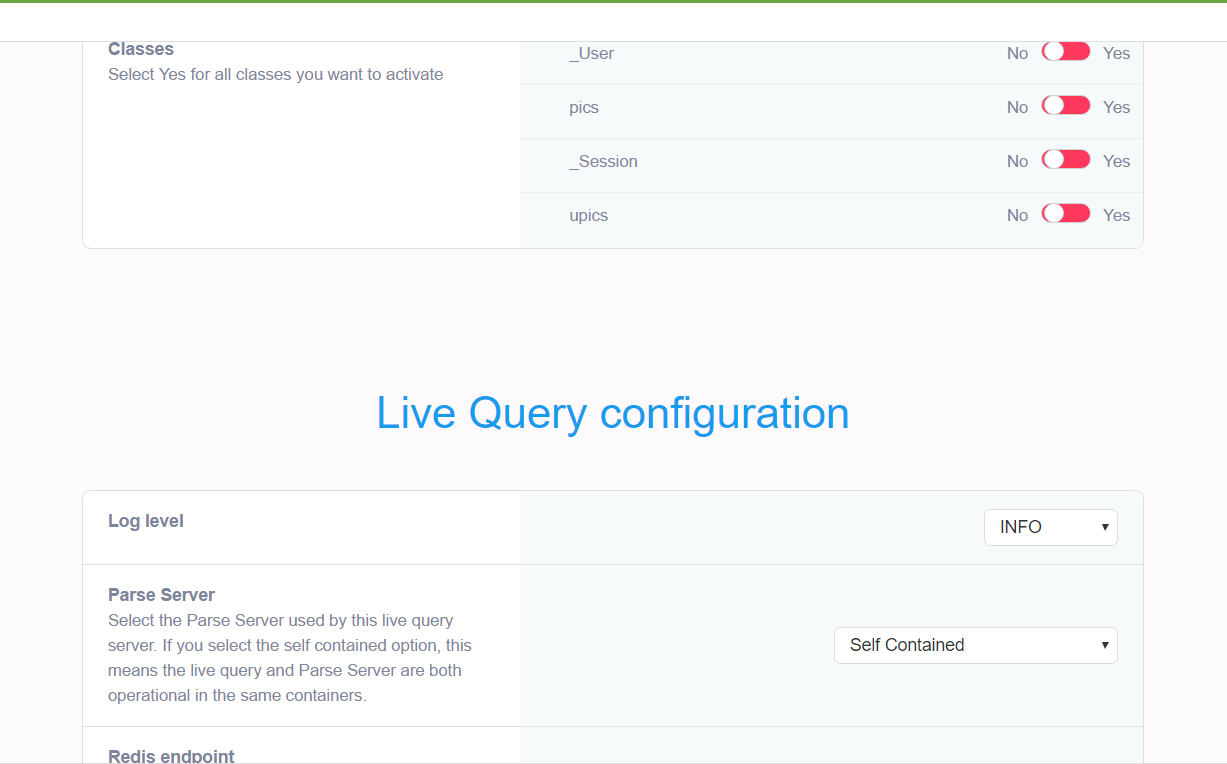 Under the classes section, you can enable all classes which will be supported by the LiveQuery server. You can enable and disable classes at anytime. Note, this operation always restarts the server.

Specify the log level used by the LiveQuery Server. Only use VERBOSE for debugging purposes.

How to configure a production grade LiveQuery server.

1. For scalability and performance, we recommend your Parse Server API runs in a different set of containers than the LiveQuery Server. This allows for the best performance and also allows you to scale each component independently.

4. Your LiveQuery clients should be then configured to use the endpoint of the "temptations-livequery" server.