Today we are excited to launch NodeChef Redis, a new web service that makes it easy to deploy, operate, and scale Redis in the cloud. Developers increasingly need a variety of datastores for their projects as there is no one size fits all database. Redis is being increasingly adopted by today’s web applications to significantly increase application performance. By giving developers on the NodeChef platform more databases to use, we are helping them to meet their needs of building modern, scalable applications.

Redis is a very popular key-value store, where keys can contain data structures such as strings, hashes, lists, sets, sored sets with range queries, bitmaps, hyperloglogs and geospatial indexes with radius queries. With Redis, the entire dataset lives in RAM, and because there is no support for expensive table joins or other aggregate computations, response times is always fast. Redis lacks durability guarantees and so it is recommended to use it alongside a more fully-featured database like MongoDB or MySQL. For example, Redis can be used as an enhanced caching system alongside MongoDB. There are many other advantages of adding Redis to your data stack. Some have been explained in this blog post.

We are bringing the same level of experience that developers have come to expect from the NodeChef platform. We have created a number of features that make it easy to operate Redis at scale on NodeChef. Some of the things you will like about NodeChef Redis include:

You can add a Redis instance to your app by logging into your account. Once you are in the NodeChef dashboard, Navigate to Deployments → Deploy Redis. Enter a name for the instance, configure the memory you need. Select the datacenter. We recommend that you pick the same location where your app and database containers are. Click ‘Launch Redis’ 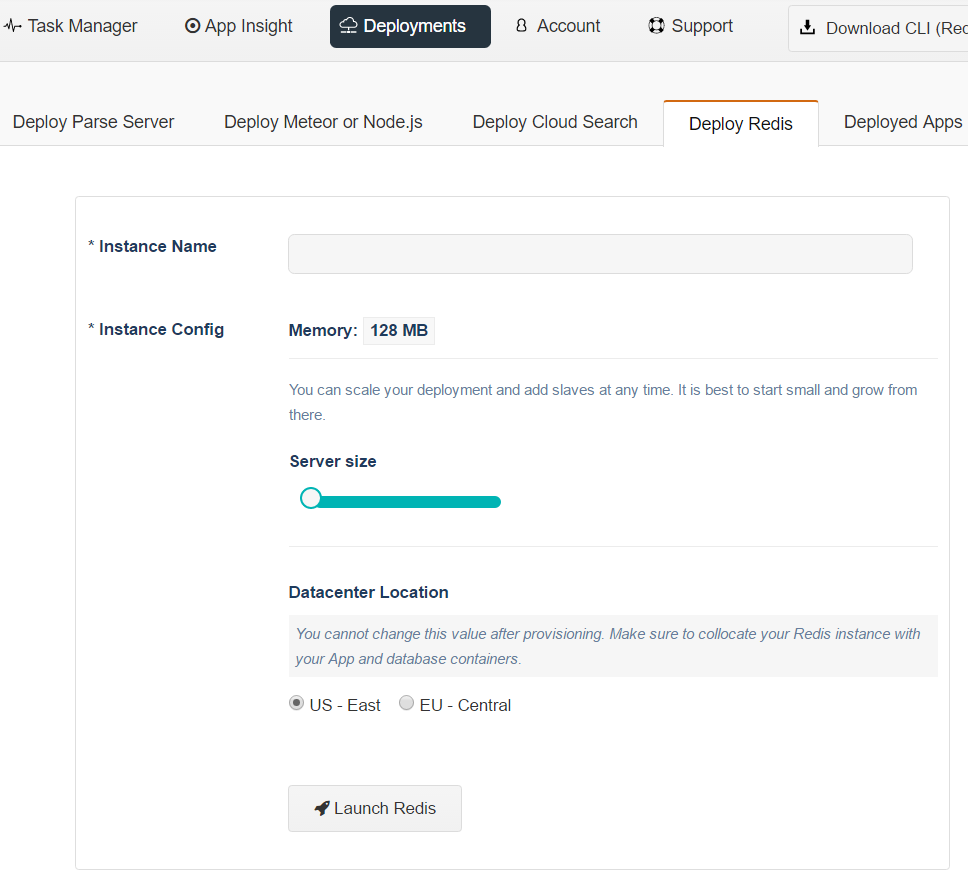 As always we are interested in hearing your feedback. We have many more features and datastores we will be adding to the NodeChef platform. If you have any suggestions on what datastore we should support next, don’t hesitate to let us know.